Ancient Ghana had a religion that used to be its own. Like other African cultures, they had nature related gods that we don't quite know the names to. They did however believe that a huge snake named Biida was the once who gave them their wealth, and they would offer a virgin sacrifice to them every year to keep the wealth.
During the 1000's, the Almoravids began the spread of Islam in Ghana. Ghana soon became Muslim and began to worship the Qur'an. One of the lasting temples is the Temple of Djenne, the great mosque mud structure, one of the largest in the world. 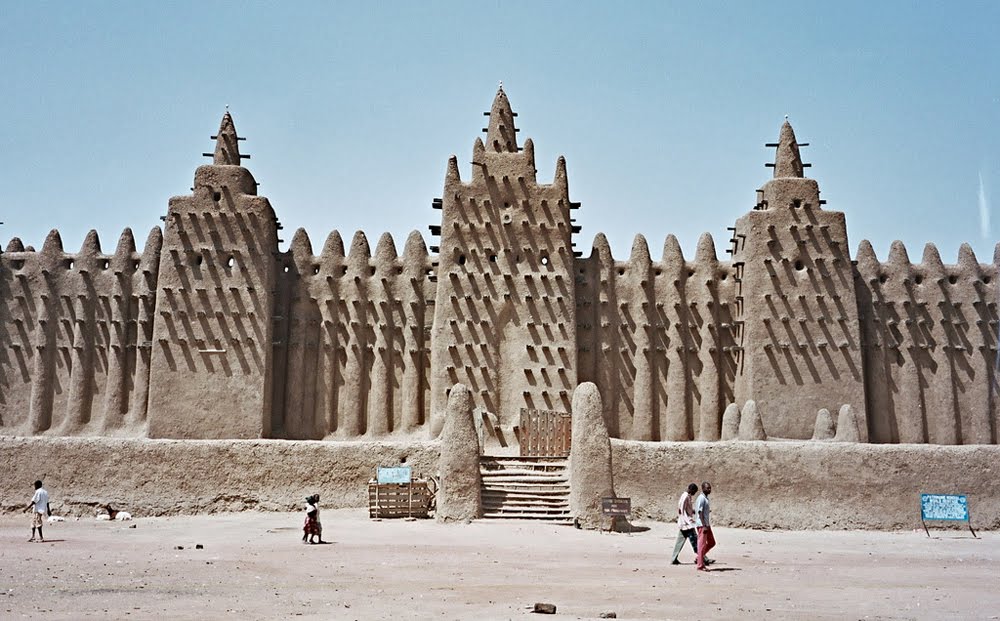 Modern picture of the Temple of Djenne Image from http://4.bp.blogspot.com/_e4ZlIJ-P7Sk/S9fsXlH4xKI/AAAAAAAACTk/FBbzeUennFs/s1600/Masjid-(Mosque)-in-Djenne--.jpg
Powered by